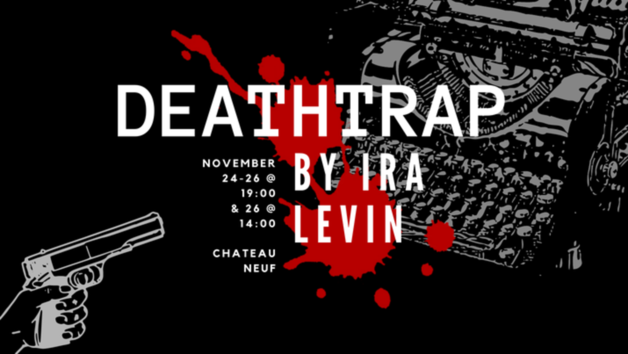 This fall Teater Neuf International gets spooky as we proudly present Deathtrap by Ira Levin, directed by Aslak Hauglid!

The play mixes suspense, comedy and a slew of twists and turns. Famous playwright Sidney Bruhl is down on his luck and would do anything to get his hands on the next killer thriller – maybe even bring it into his own home…

Get your tickets here!

We’d like to thank Frifond for their generous support!
Tickets are non-refundable.